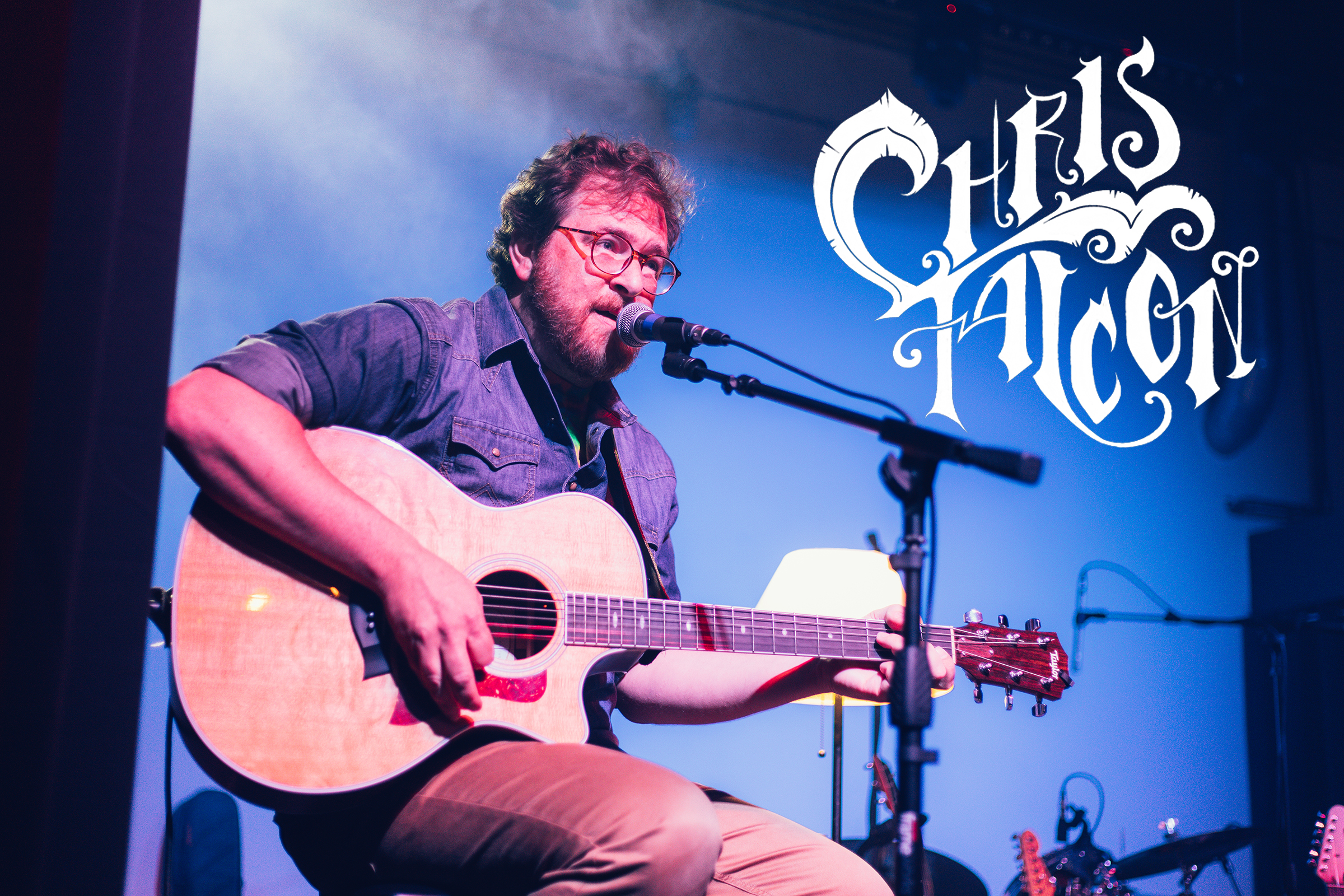 After fronting indie rock band, Dropping Sully, for years, Chris Falcon relocated from Baltimore to Des Moines and began the process of honing his solo performance chops out of necessity. Now with 8 years as a solo act under his belt, Chris has emerged with his own brand of folk rock on the Des Moines scene. Blending folk and bluegrass structures, impassioned smoky vocals and feet planted firmly on the ground, he brings his unique perspective to the listener wrapped in acoustic guitars and good vibrations.

Chris can be found playing many solo shows in the Des Moines area and also select dates with various musical co-conspirators in duo and trio formats. He is currently performing most frequently with Chris Fordyce and Dan Tripp as and electric space folk trio, Chris Falcon & The Spacetime Continuum.